“What a strange title or an article” you might think. But actually it’s perfectly serious and everything except a joke 😉 I’m really talking about pooh, and even about YOUR pooh. Yes, that’s an important topic and you should think about it! 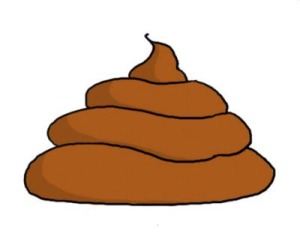 This topic can seem to be crude, bestial, without interest or even provocative. But this is in reality a very basic idea, which taking us back to our body in its simplest condition: the cycle of food and digestion, and thus of life. Everyday or so, sometimes more than once, we feel the need to empty our bowels. But where are we doing that? And what happen next?

For this fascinating topic, let’s start with some basic and concrete data: a human being produces more than 6 tons of excrement in his life. A 70-year-old person spent in average 6 months of his existence in the bathroom (and a constipated person more than double). We expel between 1 to 3 times a day, and a “normal” pooh weight from 100 to 300g. So everyday on the planet 12 million tons of human pooh are produced. This production is the second after cows’. And I’m not even talking about liters of pee! So, what can we do with all this?

Most of the time, we do not talk about that. This is a “taboo” topic that everybody avoid. However, if we agree to consider our excrement not as waste but as natural part in the cycle of life, we can start to think about it in a more constructive way and see it as a material which is possible to reuse. Therefore, the pooh is not anymore a waste but a resource that we should learn to manage.

Around the world, people go to pooh in various places: it can be just outside, in the street or in the nature, in a simple hole… But a lot of curious people have a quite strange habit: going to pee/pooh in drinkable water! And thus, they waste each time 3 to 10 liters (depends of their system) of this water, enjoying to forget everything about what they’ve just done, not caring at all about what will happen next.

One very simple solution to this problem is… compost toilets! Like those we have in Postaja. They are just a receptacle where you can go to do what you have to do and then you cover all that with just sand, ash or sawdust. Yes, like for your cat 🙂 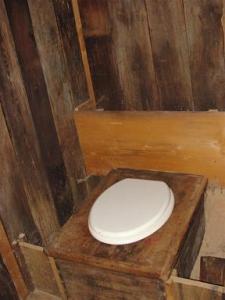 Then, the magic of life happens with these feces: the water (90% of the matter) evaporates, a small amount of solid matter is left behind and decomposes and creates compost. Compost which can be used as a very good fertilizer for plants, trees…

Compost toilets use no water, they are not connected to sewage systems and produce compost, which is a wonderful resource for your garden. Isn’t that amazing? 😉

And don’t think that compost toilets are only for people living in the countryside and ready to go in a small house in their garden. It’s perfectly possible to have compost toilets in a flat! 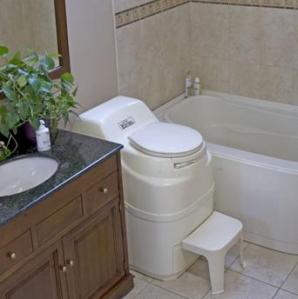