Once again, the peaceful village of Brezovica welcomed a number of enthusiastic young people, this time as the extension of the project Mountains Connecting People – Nature that (re)connects us. Last time it was winter, but now we were honoured by beautiful sunny weather. 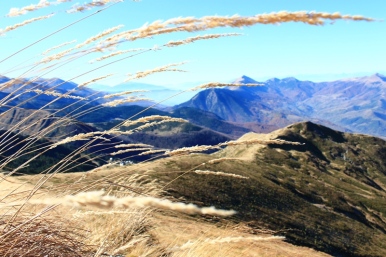 Some of us knew each other from previous exchanges, some of us were already here. 25 of us, mostly from the Dinaric mountain region (Croatia, Serbia, Kosovo, and for the first time, Bosnia and Herzegovina), while a few were volunteers from Germany and a student from India. Together, we discovered the magic of Sharr mountain, local tradition, but also threats this refuge of wilderness is facing.

After some usual ice-breaking and getting to know each other, talk about previous exchanges, the second day we went outdoors for a little hike to explore the untouched parts of the resort. We were all amazed and touched by the beauty, only to stumble upon a very unpleasant sight – garbage dumps, all over the place. This contrast really made us feel conflicted – how can such a beautiful place mean so little to some people? That’s when ideas started simmering about doing something to change the situation. During the hike, we also had a little concert a couple of participants made with improvised parts of the ski-lift house. The music was for the mountain, but us humans also enjoyed it. During the whole exchange, people were inspired to share their favourite music with others. 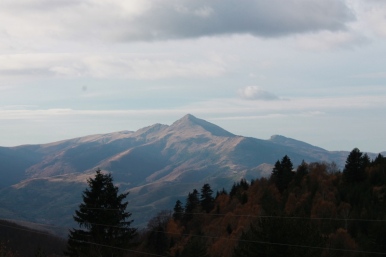 In the evening, the participants from each country shared some important info about the Dinaric mountain region which is common for all of us, and what kind of life forms and customs are present, as well as challenges in nature conservation.

The next day we also explored nature, but with one difference – we were in complete silence. No verbal communication, no words, just exploring with your senses and emotions. This was obviously very intense for a lot of participants, but we all enjoyed it an it helped us connect to nature, each others and ourselves even more. 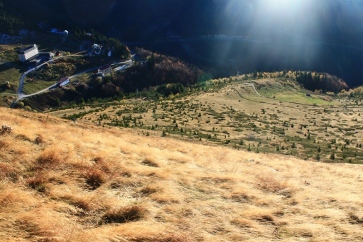 A whole day was dedicated to explore the villages of Brezovica and Štrpce, as well as the magical forest we had to walk through to get to the village. We collected information about local community, customs, proverbs, songs and relation with the mountain. We were so suspicious that some of us ended up in the police station, but just for a short while.

We had a visit from the National Park Sharr director, who talked about the state of things in administration and conservation (including the planned building of a new ski center) which aren’t that great and it inspired us to write this position paper. During the same day we heard a presentation about management of protected areas with the example of NP triglav, by Martin Šolar from WWF Adria and had a little conversation.

The day after discsussion on nature and religion, we visited the monastery Visoki Dečani and Sinan-Pasha Mosque and spent the afternoon in Prizren. Our visit took place in days when media were creating much of attention around Kosovo’s nomination to UNESCO, so it was actually interesting to see how much Kosovo or Serbian Orthodox Church do care about cutural heritage in practice. Some of us visited the church of Bogorodica Ljeviška, and we were astonished that such a beauty can be closed, fenced and abandoned by all.
On the other side, we were honored to meet čika Boža who plays kaval (old instrument) and who taught us the song of Sharr Mountain (Navali se Šar planina). Local cultural groups also visited us and presented traditional dances from the district/region. 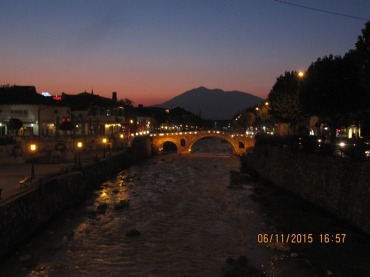 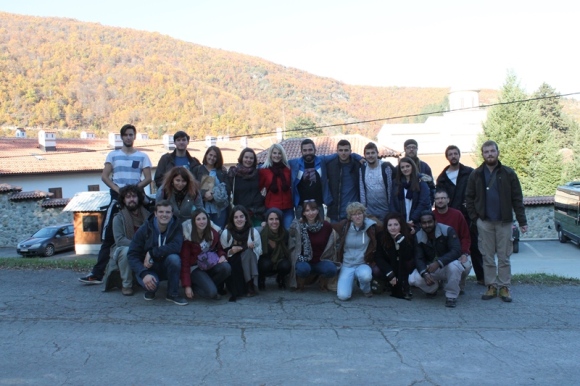 We were also guests of a local Kosovo television, they had a story about our exchange and how a bunch of young people from the Balkans lived, worked, explored together for 10 days without any tension about our nationalities, customs, religions… just a lot of jokes on that part 🙂 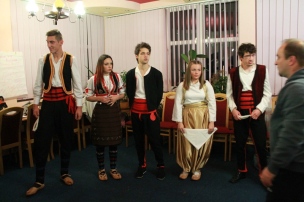 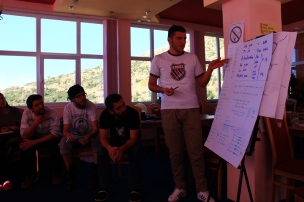 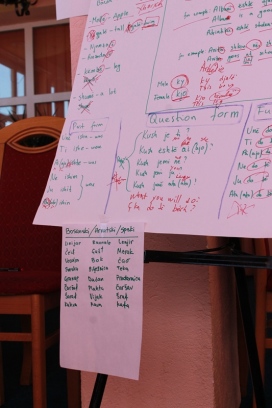 Somehow, everyday we would end up discusssion about the new masterplan and future plans for the mountain. Even though Kosovo went too far with the plan, we felt like all that is being done in a wrong, unsustainable and destructive way. Therefore, last 2 days we spent thinking and discussing about what should we do to contribute to preservation of the untouched wilderness in Brezovica. We want to stay involved and active, thus we are planing to:

If you are interested to join, get in contacts with us and for information, stayed tuned

Sharr Mountain is expecting you… 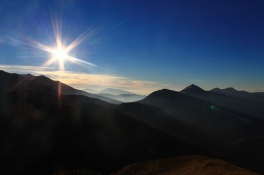