We are “les pionniers de la 39e Rivière”! A group of Belgian scouts aged between 17 and 18, accompanied by three leaders aged 24.

Since September, we have been developing a project together. We wanted to mix both pleasure, culture, fun and selfless work in our summer camp! We chose Croatia for it’s wonderful sceneries and antique cities. Now all was left to find was a place and organisation that would allow us to fulfil the “work” part of our project. Through the magic of the Internet’z we became aware of the Kuterevo bear refuge. Not wasting any time we contacted Amelie and booked the last week of July in the Belgian house. We then began to raise money to make the trip possible!

We left Belgium on the 12th of July and headed down to Croatia. We went down the coast, visiting Zadar, Split, Dubrovnik, Hvar, and the national parks of Krka and Plitvice (packed of people but truly worth it). We finally arrived in Kuterevo on the 22nd of July, not very well rested by our previous adventures, but ready to work our best and save some bears! We received a warm welcome from Amelie, Maja and Zuzana who briefed us about the basic rules and facilities usage in the refuge. We knew about the Eco-friendly philosophy of the project, but we didn’t expect it to be -by our standards- so extreme and must admit we got a little scared we wouldn’t manage living like we were expected to. 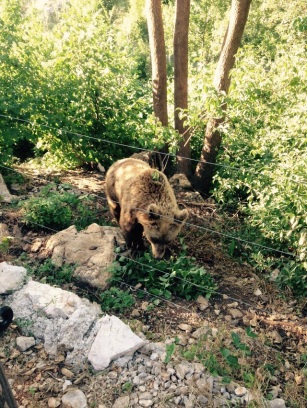 Later that night, we met Ivan, the founder and Guru of the refuge, as well as another group of Belgian scouts that would share our life for the week. We then headed to the bond fire where we spent the rest of the night. The next day, we woke op at seven to begin work at eight : the weather being to hot to allow us to work at the regular hours (9-12, 15-18). Some went in the forest to fetch food for the bears, others dug for the new enclosure while the rest worked at the renovation of the botanical garden.

The week went on like this. Our days were shared between our duties for the refuge, having good times with each other during the breaks, and partying at night around the campfire. On Saturday, we had the opportunity to go to Otočac were the EkoEtno festival took place. There, we organised some games and animation for the attending children and enjoyed the goulash contest and folkloric dances. On the way back, Maja made the bus stop twice but got better as the night went on. 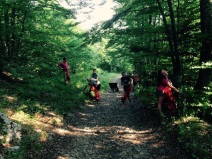 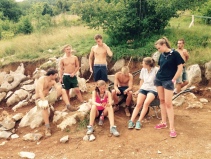 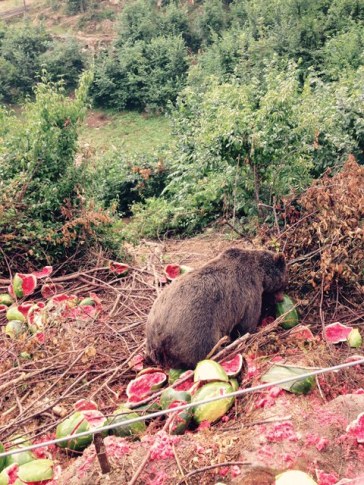 Now we are getting to the end of our week here at Kuterevo. We will bring back home some excellent memories, we have had some very good laughs, worked and partied hard. We found our initial fears were not based on very solid ground : we managed very well with the eco-showers, dry toilets, etc. We couldn’t however cope with the vegetarian diet we were prescribed by the long term volunteers… Shame on us!