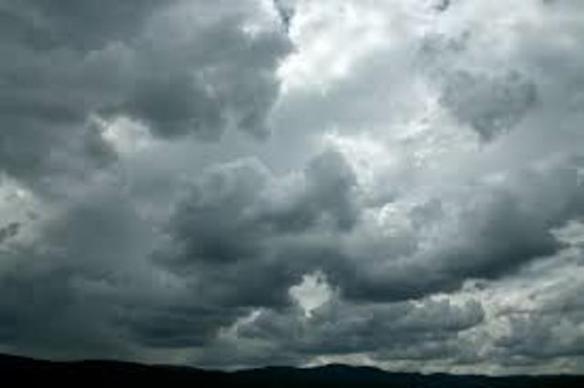 Today, at around half past two in the afternoon, an extreme weather event occured in Kuterevo. After a sunny morning and noon, the situation changed to the worse. Black clouds gathered in the west, a strong wind came up and combined with a temperature drop of around ten degrees, it started to hail. A clear sign of climate change affecting the area. The Lithuanian Lukas got hit by a lose brick and suffers strong headache, his brain got most probably damaged. The volunteers working at the new enclosure made their escape to Postaja, as they witnessed the most shocking thing that ever happened in the history of the refuge. The bears, apparently scared by the situation, broke out of the enclosure. Blago Zoo, the eight-year-old bear from Zagreb, started to break down the fence, even ignoring the electricity in the wire. Zdravi Gor and Ljubo Lik followed him, heading rapidly for the nearby forest. Huu Bear and Vlado Mir, however, ran away in the other direction, directly into the village. Blinded by panic, Vlado Mir fell and hurt the ankle of his left front leg. Looking for shelter, the two animals went to the garage of a Kuterevian inhabitant. The houseowner’s dog was bitten badly by one of them. The bears are there until now. 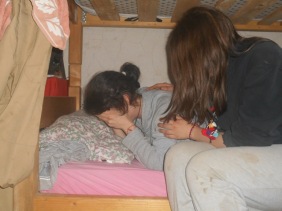 The emergency plan was put in action immediately. For the people in the village, that means: stay in your houses, lock away your lifestock and other pets and, most important, keep your temper. What I can see from the firefighters truck next to the bear-inhabited garage, does not look good. The place is ruled by police, the military is expected to arrive soon. Inhabitants do not follow the instructions of the plan and come to watch or, at least more helpful, try to keep external journalists away. This lead to tension already, when one camera man got too close and had to be dragged away. The bears are getting more and more nervous, everybody is sure that the day will not end well. Fences are being put around the place, Kuterevo is hermetically sealed. No one knows where the three other bears went, the team sent in the forest to try to locate them did not yet return. We called experts from Zagreb to come as quickly as possible to narcotize the escapees, but they are not here. If the bears try to move again, we are forced to euthanize them. People from the village blame volunteers for the event, mobs are gathering, but we try to calm them down and avoid assaults. The police is without force. We will try to hold the animals where they are by keeping the crowd away and giving food. Updating the public will get more difficult, because of electricity blackouts and decreasing safety at the scene. On behalf of the organisation, my request is to see the blog as the only trustable source of information. Also, we hope that the situation is about to be cleared soon and nobody gets hurt.

This article was OF COURSE a joke for the 1st of April.

All bears are fine, healthy and in their enclosures, Lukas’ brain is not more damaged than before, and all volunteers are still enjoying their Kuterevo time and having a lot of fun 🙂