During February we couldn’t work much outside because of the snow, but that doesn’t mean that we stayed inactive!  Winter time is always great to have contact to local community, to learn Croatian and to improve our knowledge about bears and Kuterevo project! We went to several schools to share and exchange with the children. The idea was to present ourselves and do some educational activities, but as well it was a great opportunity for us to meet the kids and teachers, learn about local schools and life in surrounding villages.

First, we went to Kuterevo school, and the next week to Vrhovine (where we were invited for Orthodox Christmas in January) and to Švica. During these activities, first we did a play about bears, presenting their life through seasons, and we tried to make it interactive by asking lots of questions to the children. After that, we presented ourselves, where we come from, and Kuterevo bear refuge. We also spent some time simply by speaking and exchanging impressions with the children and teachers, and even improvising language classes (English, German, French, Catalan and Finnish!). 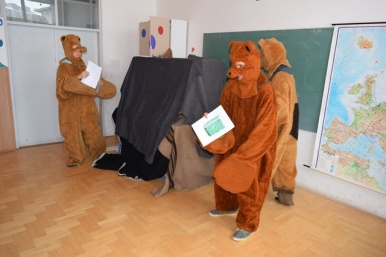 We experienced the beginning of spring by the arrival of a truck full of bread for the bears and materials for the new enclosure. Maybe you already know that, at the end of April, two bears from Split Zoo are supposed to come to the refuge, because they are living in bad conditions there. 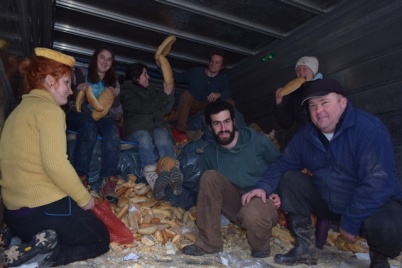 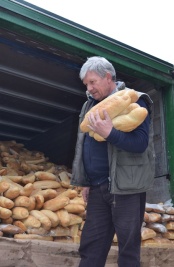 We are very glad, because this week – after a break longer than two months – we started to work again in the new enclosure. Something else that makes us happy is that during March more volunteers will come; the winter team was very nice, but some fresh air will be good (same people, same jokes, finally a bit boring everything…). In addition, by working all together we could finish the enclosure on time. 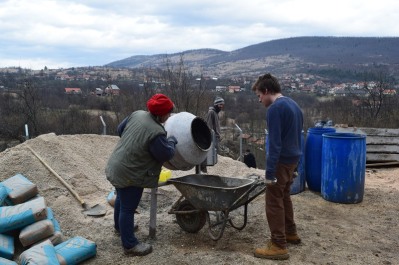