Bear and people – From myths to reality – Tuesday and Wednesday

Our day started with the “story of the day”, as always. We saw a spectaculous play where the bear was killed with the great wooden spoon, and then the fierce huntsman thanked the bear for not having to have walked in vain.

Then we went to the Pentagon to discuss activism. We tried to define what is activism and then talked about its different forms. We continued our meeting talking about problems, worries that surround us and our planet. 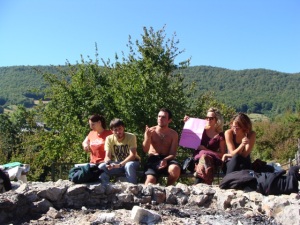 After delicious lunch of Teta Ruza, and a good rest, we had a fair which helped us to get to know the nature of the countries our participants come from.

In the evening we played an interesting game called “Conference in Bern” – we took roles of government, hippies, researches and hunters and debating about problems about bears in Switzerland we realized how hard it is to make some important decisions

Next we had different games with the balls, like juggling or our new fresh created games. 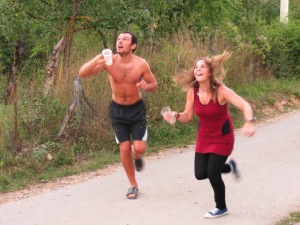 After wait three hours for a great and amazing dinner made by volunteers, we watched some documentaries and videos about Kuterevo Refuge that motivated us to think more about bears and their situation in Croatia.

This day we enjoy the “story of the day” a poem from Finland that related how also the romantic love between bear and a human is possible.

After we went to the village to visit a grandpa who is 87 and incredibly work wood to made nice receptables for doing butter and also for drinking beer. But the most remarkable item was Tamburica, a typical Croatian instrument. Like always it finished with a song.

Later we finally met the great cook Ruza and we made lunch together: peppers with rice and vegetables; cabbage with onions and a salad-all this for 25 people! 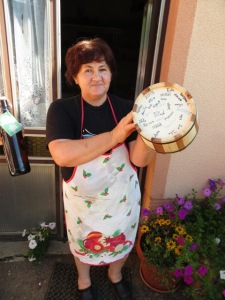 We are very honored that we had a chance to participate a lecture of Professor Djuro Huber from Veterinary University in Zagreb. He had been spoken for three hours about bears in general while we where patiently listening. 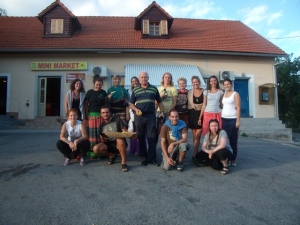 Now we have to go because we are preparing for a story telling around the fire!