On the 15th of January we visited the mayor of Otočac Mario Barković and his deputy/assistant Hrvoje Ostović to share the work of the refuge of the year 2012, introduce the plans of 2013 and to meet face to face.

Here an article about the meeting in Glas Gacke.

And in the Otočac official page.

A coverage of the meeting on TV Loki.

During the meeting the mayor invited us to the Day of the Town of Otočac on January 20th wich was also the holy day of Fabian and Sebastian. There was a presentation at the event about what the town had done and achieved during the year 2012, wich included renovating roads, helping communities nearby and much more.

Mayors from other Croatian towns – Darko Nekić from Senj and Nikola Abramović from Topusko, the prefect from Ličko-Senjsko county Milan Jurković (enjoy!) and the Administrator of the United Nations Development Programme Helen Clark gave speeches.

It was rather interesting to hear very different speaches by politicians, who represent different public bodies. For instance, Helen Clark comes from New Zealand where she was prime minister for 9 years and has this experienced and well-advised attitude. On the other side, Mr Jurković used the stage for his own tasteless political propaganda, which got lost into a comic attach on the government and disliked by the church health education. All in all, it seems like there is still a big gap between real life and real needs of ordinary (real) people and presentations directed by the so called political elite.

Last part of the programme was honoring people who have done something remarkable – a man who had donated his blood 102 times, a woman with twelve children, the firefighters from Novalja, the Frontierman from Otočac, and Pave Šporčić with his family, who conserve the 100 year old traditions of making Tamburica Kuterevka-Dangubica. 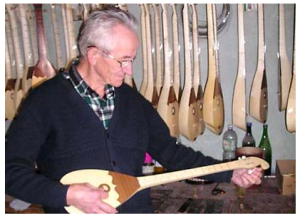 After the event we all joined together for a homemade meal in the restaurant, where our favorite band from Otočac Tamburaši „Ražbijči Čaša“ were playing.